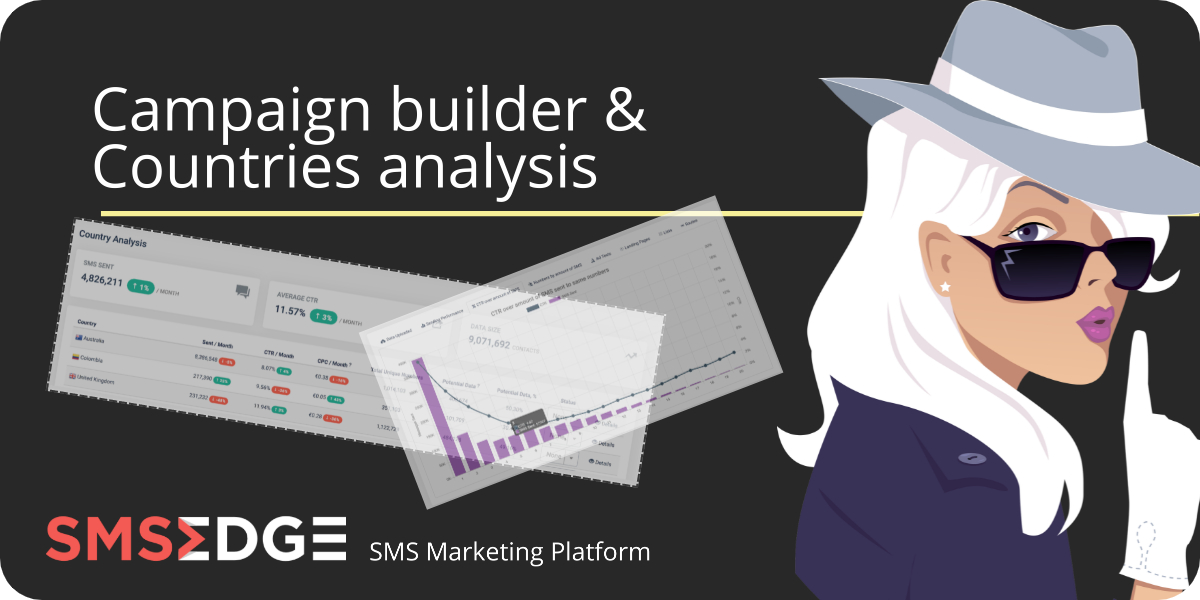 Getting the most out of sending SMS marketing campaigns at scale requires analysing various factors to gather insights and troubleshoot issues. In this article we’ll go over the country analysis report and campaign builder, which was built to help you with that. This robust set of dashboards and forms will enable you to better optimise your SMS strategy and quickly build campaigns.

You can find the country analysis panel on : https://app.smsedge.com/user-country-analysis or by clicking “Reports” => “Country Analysis”  on your dashboard.

In the country analysis dashboard you can get an overall view of your campaign’s performance by country. Factors like the average CTR, overall data size and CPC changes will give you the ability to quickly spot any performance changes. The status column allows you to keep track of the overall country status (none, active sending, low performance, low priority, no new data, testing) for internal use.

The Potential Data tab is another great piece of information where you can see all the numbers you haven’t sent to in the past.

Clicking the “Details” button will take you to the selected country’s details.

Shows the amount of numbers you uploaded during a certain period of time.  You can choose to view the statistics by day, week, or month. The “ratio” is the amount of SMS sent per number uploaded at that period.

For example a ratio of 2.4 will mean that on average you sent 2.4 SMSs to each contact that you uploaded at that date.

Shows the maximum number of sms and CTR received over time.

A drop in CTR is expected as the more you reach out to the same customer, especially in a short period of time. Important note: this graph is non-cumulative. For example, the SMS sent = 2 column - are not in the SMS sent = 1 column.

Best practice - While it’s normal to see a drop in CTR, you can still maintain high CTR’s by extracting clickers and removing subscribers that are not engaged within your list.

Displays the amount of SMS (bottom axis) delivered to an amount of unique numbers (left axis). The statistics are non-cumulative, for example - the numbers that were sent 2 times (second x axis) are not represented in the first column.

Displays the ad text performance statistics that were used in all of the campaigns in the country. The data includes CTR, number of times the ad text was sent, and the amount of clicks the text received.

Displays the offer’s performance with data regarding clicks, leads, and sales.

Will provide a better understanding of our routes. It displays the amount of clicks, sends and CTR per route, as well as their ranking based on our global system performance.

The campaign builder allows you to apply the conclusions from the country analysis and easily create a campaign using your top performing offers and ads with a list with the most potential.

To start building your campaign click “Build a campaign” on the right side of the country line:

A window will pop up:

The “Lists” tab contains the top 30 lists uploaded sorted by the amount of unused numbers starting from most (at the top). Unused numbers are unique numbers that haven't received an SMS.

For your campaign, you can select the list/s you wish to send the campaign to.

The offers tab displays the top 30 offers you sent to the country sorted by the amount of clicks.

After selecting the offers, it is time to select from the top 30 ad texts. The ad texts are sorted from highest to lowest CTR:

The next tab is the “Routes” tab. This tab displays the top 30 routes you used for your campaigns sorted first by highest CTR per week, then per month, then by total:

After choosing the lists, offers, ad texts, and routes, you can name the new campaign and set a sender ID (if available):

Last but not least, click the “Create a Campaign” button and you will be redirected to the usual campaign page, however this time everything will be filled out and ready to send! 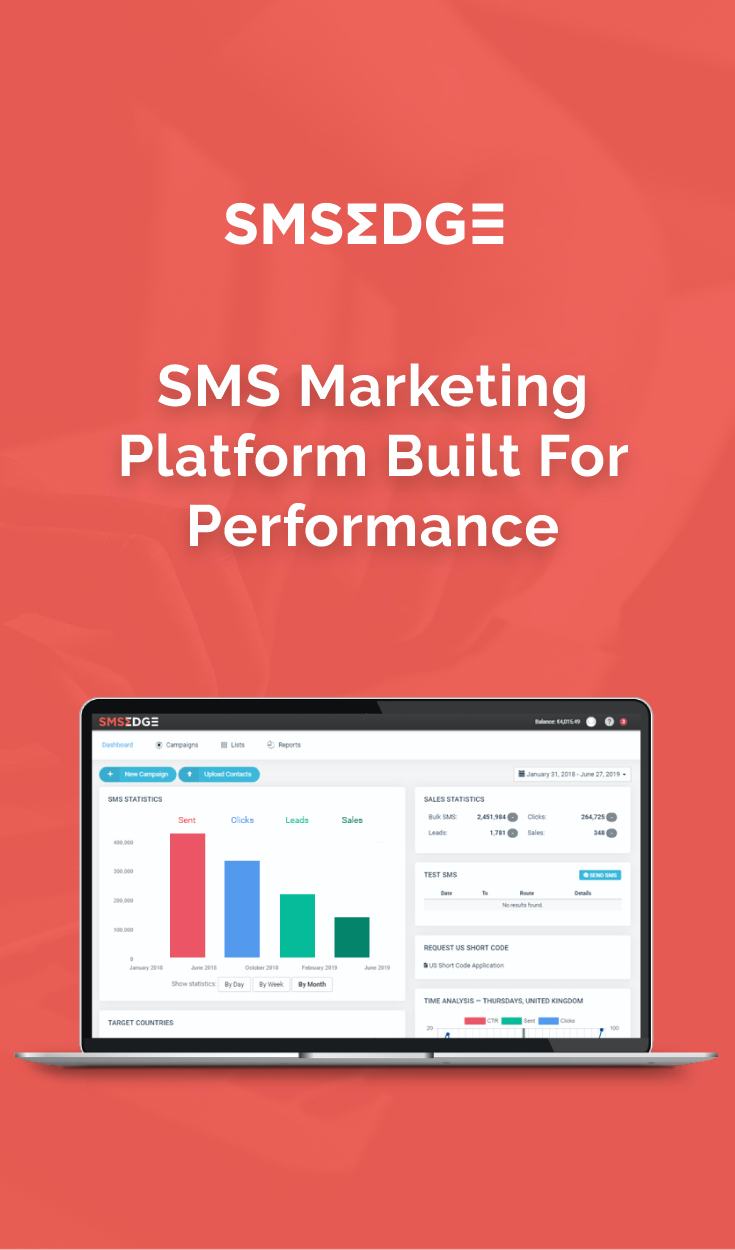